Bollywood actress who rose to stardom with her breakthrough role in the 2012 film Student of the Year, for which she received Filmfare Award for Best Female Debut nomination. She has also starred in the films 2014’s 2 States, 2014’s Humpty Sharma Ki Dulhania, 2014’s Highway, 2016’s Kapoor & Sons, and 2016’s Udta Punjab. Alia was born on March 15, 1993 in Mumbai, India into the Bhatt family. She is the daughter of Mahesh Bhatt (filmmaker) and Soni Razdan, (actress). She is of Gujarati descent on her father’s side, and of Kashmiri and German descent on her mother’s side. She has an older sister, Shaheen, a half sister Pooja Bhatt, and a half brother Rahul Bhatt. 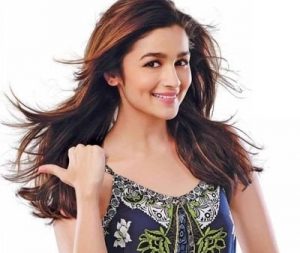 Alia Bhatt Facts:
*She is of Gujarati descent on her father’s side.
*She had the desire of becoming an actress since she was 2 years old.
*She first appeared on screen as a child artist in a small role in the thriller Sangharsh.
*Follow her on Twitter, Facebook and Instagram.