English model and author who first discovered by Isabella Blow, a Vogue stylist/fashion expert. In 1997, she made her debut on the English catwalk in London Fashion Week. She has appeared in ad campaigns for Versace, Pringle, Cashmere, Godiva, Alexander McQueen, Patrick Cox, Banana Republic, and Gap. As a writer, she released her first book The Man with the Dancing Eyes in 2003, followed by Playing with the Grown-Ups: A Novel in 2008. She was born Sophia Holloway on September 15, 1977 in London, England to Julian Holloway and Tessa Dahl. She married singer Jamie Cullum in January 2010. They have two daughters, Margot and Lyra. 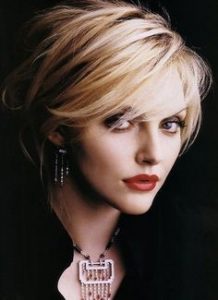 Sophie Dahl Facts:
*She is the daughter of writer Tessa Dahl and actor Julian Holloway.
*She was placed no. 10 in Channel 5’s “World’s greatest supermodel”.
*Her nude advertisement for Yves Saint-Laurent Opium perfume was banned by the British Advertising Standards Authority.
*She was awarded the Jasmine Award for her column about perfume in November 2012.
*She was appeared on the cover of the November 2007 issue of UK Vogue.
*Follow her on Twitter and Instagram.