Alice Barlow is an English actress and singer. She is best known for playing Rae Wilson in the British soap opera Hollyoaks, and for her recurring roles in Drifters and Benidorm. Barlow has also made guest appearances in a number of television shows such as Crime Stories, Casualty, Staff Room, Banana, Coronation Street, and Doctors. Born on August 9, 1991 in Macclesfield, United Kingdom, she attended The Fallibroome Academy in Macclesfield. Barlow won a national talent search Festival4Stars as a teenager. She debuted as Rae Wilson in Channel 4, Soap-opera, Hollyoaks in October 2009, at the age of eighteen. 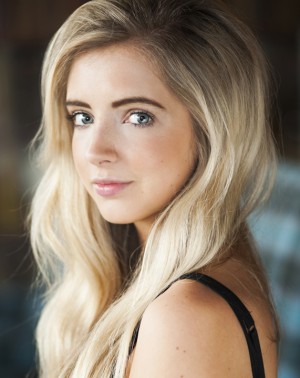 Alice Barlow Facts:
*She was born on August 9, 1991 in Macclesfield, United Kingdom.
*She became the champion of a national talent search Festival4Stars.
*In 2008, she participated in ‘The Stobart Factor’ a talent competition, which was judged by The X Factor judge Louis Walsh.
*She auditioned on the second series of The Voice UK in February 2013.
*Follow her on Twitter and Instagram.