Alice Burdeu is an Australian fashion model, best known for winning the third cycle of the reality television show Australia’s Next Top Model. Prior to winning in Australia’s Next Top Model, Burdeu worked as a customer service trainee with Telstra. She has appeared in runway shows for such designers as Alexander McQueen, Dolce & Gabbana, Marc Jacobs, Christian Lacroix, Giorgio Armani, Philipp Plein, and Ralph Rucci. She has modeled for campaigns including D&G, Napoleon Perdis, Alannah Hill, Sonia Rykiel, Mimco and Blumarine. Born on January 27, 1988 in Melbourne, Australia, she rose to fame as a contestant on the third cycle of Australia’s Next Top Model. She studied psychology courses at the Royal Melbourne Institute of Technology from 2008 to 2010. 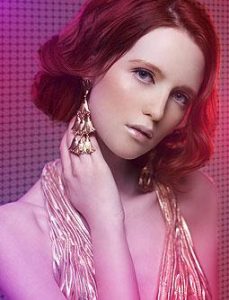 Alice Burdeu Facts:
*She was born on January 27, 1988 in Melbourne, Australia.
*She won the third edition of “Australia’s Next Topmodel” competition.
*She used to work for an Australian telecommunications company called Telstra Corporation Limited.
*She was ranked by Cosmopolitan as one of the most successful contestants of the Top Model franchise in October 2015.
*Follow her on Twitter, Facebook and Instagram.