Alina Vacariu is a Romanian actress and model who became Romania’s Model of the Year in 1998, at age of 14. She was signed to Elite Model Management. She has modeled for brands such as JC Penney, Jessica McClintock, Jim Hjelm Couture, John Frieda, Lilyette, L’Oréal, Abercrombie & Fitch, Bare Necessities, Bebe, Bianchi, Clairol, Dupont, Frederick’s Of Hollywood, Maidenform, Marisa, Parasuco, and Stella Artois. She has also appeared on several magazine covers including Cosmopolitan Mexico (Summer 2006) and Playboy Spain (January 2010). She starred in the Time Warner Cable commercial “Roommate Wanted”, and had a cameo role in the 2005 indie film Death of a Dynasty. Born on December 14, 1984 in Suceava, Romania, she got an early start in beauty contests when she won her first pageant at her local high school. She has been represented by Irene Marie Models and Munich Models since 2008. 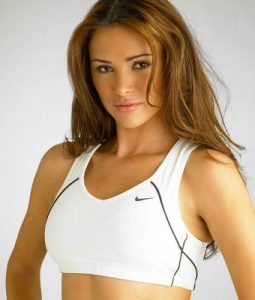