Alison Pill is a Canadian actress of film, television, and theatre. She began her career as a child artist, appearing in films and television series. Her breakthrough role came when she played Grace Webster in the 2006 television series The Book of Daniel. She played Mairead in The Lieutenant of Inishmore, for which she received a Tony Award for Best Featured Actress in a Play nomination. Her other notable roles in television include In Treatment, The Pillars of the Earth, The Newsroom, and American Horror Story: Cult, and in the films Milk, Plain Truth, Confessions of a Teenage Drama Queen, Midnight in Paris, Scott Pilgrim vs. the World and the 2015 Zoom. She was born Alison Courtney Pill on November 27, 1985 in Toronto, Ontario, Canada into the family of banker. She belongs to Estonian and distant Swedish descent. She has been married to Joshua Leonard since 2015. Together they have one daughter, Wilder Grace Leonard. 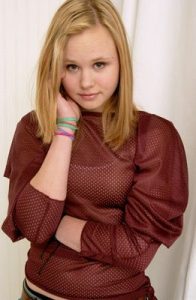 Alison Pill Facts:
*Her father, who is Estonian, is a financier.
*For her role in Scott Pilgrim vs. the World, she learned to play drums.
*She worked with her favourite actress Patricia Clarkson on Pieces of April in 2003.
*She was once engaged to actor Jay Baruchel.
*She is a huge fan of the band Coldplay, and often camps out to buy tickets for their concerts.
*Follow her on Instagram.