Nelly is an American rapper, singer and songwriter whose hit songs include “Dilemma” and “Hot in Herre”. Nelly released his debut album, Country Grammar, in 2000, which sold over 8 million copies. Followed by his second album, Nellyville in 2002, which became one of the best-selling rap albums of its era. He won Grammy Awards in 2003 and 2004. Nelly was born Cornell Iral Haynes Jr. on November 2, 1974 in Austin, Texas, to Rhonda Mack and Cornell Haynes Sr. He belongs to Italian and Jamacian descent, and has two younger brothers, Chaz and Nijel. He has a son, Cornell and a daughter, Chanelle. 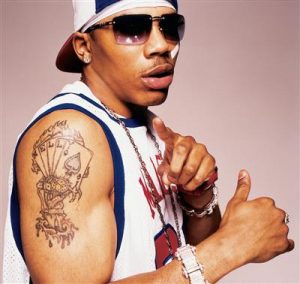 Nelly Facts:
*His parents divorced when she was seven years old.
*He is a vegetarian.
*He was placed at number 39 on Entertainment Weekly’s 2002 “101 Most Powerful” List.
*He won the 2003 American Music Award for “Fan’s Choice”.
*He was one of the People Magazine’s “Breakthrough Stars of 2001”.
*He has two clothing lines, Apple Bottoms and Vokal.
*Visit his official website: www.nelly.net
*Follow him on Twitter, YouTube, Myspace, Facebook and Instagram.