Allison Hayes was an American film and television actress and model remembered for her roles in the 1958 film ‘Attack of the 50 Foot Woman,’ 1955’s ‘Count Three and Pray,’ ’77 Sunset Strip,’ The Rough Riders,’ and ‘Rawhide.’ 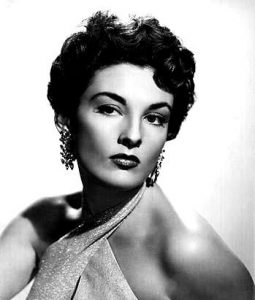 Allison Hayes Education:
She was educated at Calvin Coolidge High School. (Class of 1948)

Allison Hayes Facts:
*She won the title of Miss District of Columbia and participated in the 1949 Miss America pageant.
*She made her film debut in the 1954 comedy Francis Joins the WACS.