Canadian actress Amanda Crew was born on June 5, 1986 in Langley, British Columbia, Canada as Amanda Catherine Crew. She is best known for her role as Monica Hall on the HBO sitcom Silicon Valley. She is also known for her roles in the television series 15/Love and Whistler, in the feature-length films Final Destination 3, Sex Drive, The Haunting in Connecticut, Charlie St. Cloud, and Crazy Kind of Love. For Whistler she received the Leo Award for Best Lead Performance by a Female in a Dramatic Series. She has been married to Dustin Milligan since 2010. 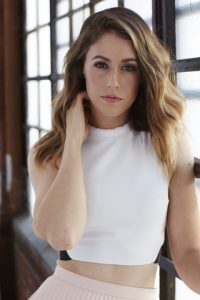 Amanda Crew Facts:
*Her mother is a legal secretary and her father is a telecom worker.
*She appeared in a musical cartoon Dragon Tales when she was in fourth grade.
*She did a Coca-Cola commercial and acted in stage plays like Stalling, Cordstons Courts, and Langley, the Musical.
*Follow her on Twitter and Instagram.