Erin Brockovich was born on June 22, 1960 in Lawrence, Kansas, USA as Erin L.E. Pattee. She is an environmental activist and former legal clerk who spearheaded the largest direct action lawsuit of its kind against Pacific Gas and Electric Company of California. The story of Brokovich’s life and involvement in the case was the subject of the 2000 film Erin Brockovich, which starred Julia Roberts. After the success of the Erin Brockovich movie, Brockovich has become a household name and icon of “stick-to-it-iveness.” She has been married to Eric L. Ellis since March 20, 1999. She was previously married to Steven Michael Brockovich and Shawn Brown. 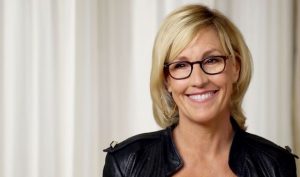 Erin Brockovich Facts:
*She worked as a management trainee for Kmart in 1981 but quit after a few months and entered a beauty pageant.
*She won Miss Pacific Coast but soon gave up the beauty pageant because she found that “shallow”.
*She is the president of Brockovich Research & Consulting.
*Follow her on Twitter and Facebook.