Amanda Stanton is an American television personality, actress, and esthetician who was a contestant on the twenty season of ABC’s The Bachelor. Amanda was sent home after the 8th episode. She has also acted in films like Kissing Strangers, and Merry Christmas, Drake & Josh. Born Amanda Dahan Stanton on April 9, 1990 in Mission Viejo, California, she has one sister named Carissa. She was educated at Paul Michell Esthetician School. She received national recognition after appearing as a contestant on season 20 of The Bachelor. She was previously married to Nick Buonfiglio from 2012 until 2015. She has two daughters, Kinsley and Charlie. 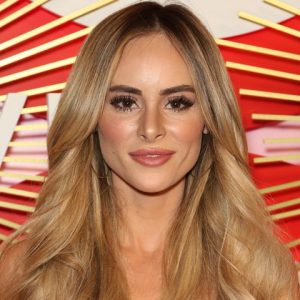 Amanda Stanton Facts:
*She was born on April 9, 1990 in Mission Viejo, California, USA.
*She was a contestant on the 20th season of The Bachelor.
*She married Nick Buonfiglio in 2012, and the couple had two daughters, Kinsley and Charlie before getting divorced in 2015.
*Follow her on Twitter and Instagram.