Tyler Joseph is an American singer, songwriter, multi-instrumentalist, record producer, and rapper. He is best known as the lead vocalist for the musical duo Twenty One Pilots, alongside drummer and percussionist Josh Dun. Joseph has been nominated for six Grammy Awards, of which he has won one. Born Tyler Robert Joseph on December 1, 1988 in Columbus, Ohio, to parents Kelly and Chris Joseph, he has two brothers named Jay and Zack and a sister named Madison. Joseph was homeschooled in his childhood. As a solo artist, he released an album titled No Phun Intended in 2008. He founded Twenty One Pilots in 2009 along with college friends Chris Salih and Nick Thomas. He has been married to Jenna Black since March 28, 2015. 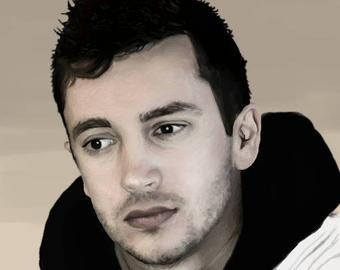 Tyler Joseph Facts:
*He was born on December 1, 1988 in Columbus, Ohio, USA.
*He played basketball from a very young age and went on to play point guard for Worthington Christian.
*He is the lead singer and keyboardist for the American musical duo Twenty One Pilots.
*Follow him on Twitter, Facebook and Instagram.