Amanda Steele is an American model, actress and YouTube personality. She is best known for her videos on her YouTube channel, MakeupByMandy24, where she has more than 2.6 million subscribers and growing. She has been posting vlogs about beauty and fashion-related content. She earned the award for Fashion at the 2016 Streamy Awards. In 2017, Amanda starred in the Hulu original horror series Freakish as Hailey. Born Amanda Lynn Steele on July 26, 1999 in Huntington Beach, California, she has an older sister named Lauren. She started her YouTube channel when she was only in the 5th grade. She began dating Johnny Zallez in 2017. 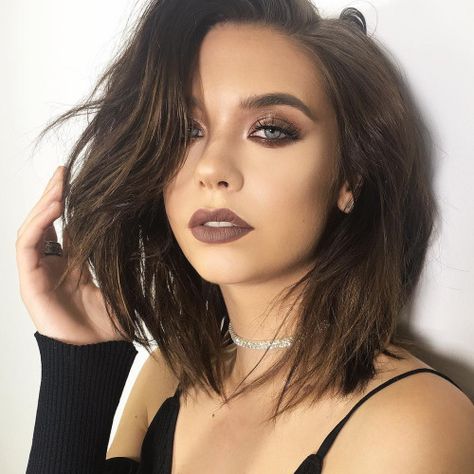 Amanda Steele Education:
She attended school in Huntington Beach, but switched to homeschooling at age fourteen

Amanda Steele Facts:
*She was born on July 26, 1999 in Huntington Beach, California, USA.
*She made her debut on YouTube at just ten years old.
*In 2015, she starred in Hulu’s show, Guidance as Miriam Worth.
*In 2016, she signed to IMG Models and was photographed by Michel Comte for Vogue Italia.
*She has appeared in Teen Vogue, W Magazine, V Magazine, CR Magazine, Seventeen, and Nylon.
*She commenced a collaboration with Quay Australia for an exclusive sunglass line in 2015.
*She was a cheerleader and softball player.
*She is best friends with Lia Marie Johnson.
*Follow her on Twitter, YouTube, Tumblr, Facebook and Instagram.