Amy Brenneman is an American actress, producer, and writer. She is best known for her portrayal of Detective Janice Licalsi in the ABC police drama series NYPD Blue, and for her role as Judge Amy Gray in the CBS drama series Judging Amy. From 2007 to 2013, Brenneman portrayed Violet Turner in the Shonda Rhimes medical drama series Private Practice, and starred as Laurie Garvey on the HBO drama series The Leftovers from 2014 to 2017. She has also starred in the films Heat, Fear, Daylight, Things You Can Tell Just by Looking at Her, Nine Lives, and The Jane Austen Book Club. Born Amy Frederica Brenneman on June 22, 1964 in New London, Connecticut, to parents Frederica Joanne and Russell Langdon Brenneman Jr., She is of English, Irish, and Swiss descent on her father’s side, and of Jewish, descent on her mother’s side. She has two older brothers named Matthew and Andrew. Brenneman did her schooling from Glastonbury High School in Glastonbury, Connecticut, and graduated from Harvard University in 1987, majoring in comparative religion. She has been married to Brad Silberling since September 30, 1995. They have two children, Charlotte Tucker and Bodhi Russell. 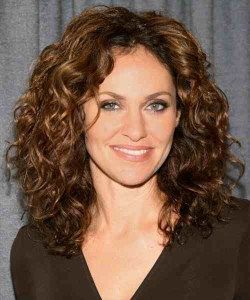 Amy Brenneman Facts:
*She was born on June 22, 1964 in New London, Connecticut, USA.
*Her ancestry includes Jewish, English, Irish, and Swiss.
*She grew up in Glastonbury, Connecticut.
*She landed her first TV role in 1992.
*She was nominated for two Primetime Emmy Awards for her performance in NYPD Blue.
*She was nominated for three Primetime Emmy Awards and three Golden Globe Awards for her performance in Judging Amy.
*She is best friends with Maria Bello.
*Visit her official website: www.theamybrenneman.com
*Follow her on Twitter, YouTube, Facebook and Instagram.