Andrea Corr is an Irish musician, singer, songwriter and actress. She is best known as the lead vocalist of the pop-rock band The Corrs, which she co-founded in 1990 with her three elder siblings Caroline, Sharon, and Jim. Outside of singing, Corr plays the ukulele, the tin whistle, and the piano. In addition to The Corrs, Corr also pursued a solo career, and released her debut album, Ten Feet High, in 2007. In addition to her music career, she has also acted in a number of films, including The Commitments, Evita, and The Boys from County Clare. The youngest of four children, Corr was born as Andrea Jane Corr in Dundalk, Ireland, to parents Jean and Gerry Corr. She was brought up in a Catholic household, and was taught the piano by her father. On August 21, 2009, she married her boyfriend of two years Brett Desmond Sr. following a seven-month-long engagement. With Brett, she has a son named Brett, Jr. and a daughter named Jean. 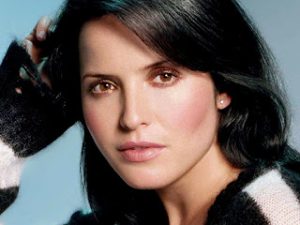 Andrea Corr Facts:
*She was born on May 17, 1974 in Dundalk, County Louth, Ireland.
*She is the youngest child in her family.
*She has a habit of sucking her thumb.
*She married her boyfriend Brett Desmond Sr. in 2009, at St Joseph’s church in the village of Miltown Malbay, County Clare, Ireland.
*Follow her on Twitter, Facebook, YouTube and Instagram.