Andrea Roth is a Canadian actress born in Woodstock, Ontario. She is best known for playing the role of Janet Gavin in the television series Rescue Me from 2004 to 2011. She can also be recognized for her role in The Collector. She played Diana Powers / NeuroBrain in RoboCop: The Series (1994). Born on September 30, 1967 in Woodstock, Ontario, to Adriana Jannigje and Hans Roth, she belongs to Dutch and Scottish descent. Her first role was in the Canadian horror film The Club. She has been married to Todd Biermann since 2011. They have a daughter, Ava Reese Biermann. 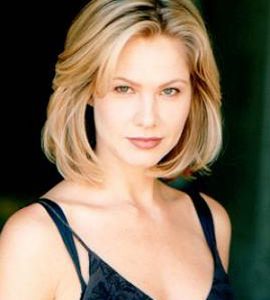 Andrea Roth Facts:
*She was born in Woodstock, Ontario to Scottish and Dutch parents, and is a first-generation Canadian.
*She began her career in television with HBO’s Alfred Hitchcock Presents.
*She married her longtime boyfriend Todd Biermann in 2011.
*Follow her on Twitter.