Andreas Gabalier is an Austrian folk singer who won the ECHO music award and Amadeus Austrian Music Award in 2012. He has so far released six studio albums: Da komm ich her, released in 2009, Herzwerk, released in 2010, Volks-Rock’n’Roller, released in 2011, Home Sweet Home, released in 2012, Mountain Man, released in 2015, and Vergiss mein nicht, released in 2018. Gabalier’s notable hit songs include “Sweet Little Rehlein”, “Go for Gold”, “Hulapalu”, “Amoi seg’ ma uns wieder”, and “Mountain Man”. Born on November 21, 1984 in Friesach, Austria, he is the second oldest of the four children of Huberta and Wilhelm Gabalier. His older brother, Willi Gabalier, is a dancer. He has been in a relationship with Austrian presenter Silvia Schneider since 2003. 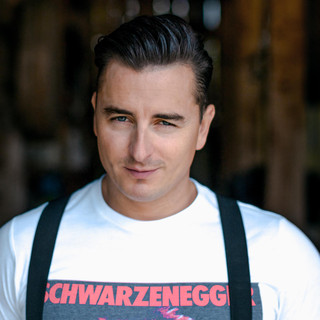