Andrew Taggart is an American DJ. He is best known as a member of the electronic duo The Chainsmokers. The Chainsmokers became famous for their singles “#Selfie”, “Roses,” “Don’t Let Me Down” and “Closer.” Their song “Don’t Let Me Down” was the winner of the Grammy Award for Best Dance Recording. They released their debut studio album, Memories…Do Not Open, in April 2017, which hit #1 in the US and went platinum. Born on December 31, 1989 in Portland, Maine, to Mark Taggart, he has one younger sister named Lucas. He belongs to Scottish, Irish, English, and German descent. Following his high school graduation, he attended and graduated from the Bandier Program for Music & Entertainment Industries at Syracuse University. In 2012, he started the Pop EDM duo, The Chainsmokers, with Alex Pall by making music remixes of indie bands. He was in a relationship with Haley Rowe from 2016 to 2017. In January 2018, he began dating model and social media star, Meredith Mickelson. 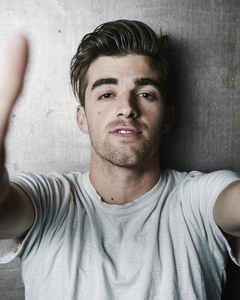 Andrew Taggart Facts:
*He was born on December 31, 1989 in Portland, Maine.
*One-half of the Pop EDM duo, The Chainsmokers.
*He became famous in 2014 when the song “#Selfie” by The Chainsmokers came out.
*The Chainsmokers collaborated with Priyanka Chopra on singles called “Erase” and “The Rookie.”
*Follow him on Twitter, Facebook and Instagram.