Angel Locsin is a Filipina actress who became recognized for her television roles as Alwina in the 2004 fantasy-themed television series Mulawin and as the superheroine Darna in the TV adaptation of the Mars Ravelo eponymous comic. She also starred as Lyka in the television series Lobo and appeared in the films In The Name Of Love and One More Try, for which she won the FAMAS Award and the Film Academy of the Philippines Award for best actress in 2013. In 2009, Locsin starred in the movie Love Me Again. Born Angelica Locsin Colmenares on April 23, 1985 in Santa Maria, Bulacan, Philippines, to parents Emma Araneta Bayoneta and Angelo Colmenares, her parents separated when she was fourteen years old, and she was raised by her father. She was discovered at a mall in Quezon City by a talent scout, and auditioned for several commercials before landing a part on the teen TV show Click. She completed her primary education from St James College and finished high school at the University of Santo Tomas High School in Manila. She then attended a short-course for fashion design at Central Saint Martins College of Art and Design in London. 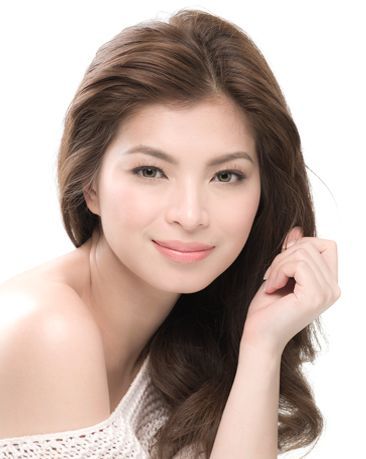 Angel Locsin Facts:
*She was born on April 23, 1985 in Santa Maria, Bulacan, Philippines.
*She was raised by her father alone after the age of 14 and has no contact with her mother.
*She appeared on TV in 2005 in the program “Darna”.
*Her hobbies include dancing, cooking, reading, and learning new recipes.
*On June 29, 2019, she confirmed her engagement to boyfriend Neil Arce on social media.
*Visit her official website: www.angellocsin.com.ph
*Follow her on Twitter, Facebook and Instagram.