Brooke Palsson is a Canadian actress and singer-songwriter who played Melissa Day on the City / Netflix show Between. Her other notable works include Less Than Kind, Euphoria, Keyhole and The Colossal Failure of the Modern Relationship. She won the 2011 Canadian Comedy Award for Best Performance by a Female on television for her work on Less Than Kind. She released her debut EP, Willow, in 2014. Born on April 23, 1993 in Winnipeg, Canada, to parents Brenda and Dan Palsson, she has two sisters named Ashton and Taylor. Brooke grew up playing various instruments, including the trumpet and piano, before settling on the ukulele. 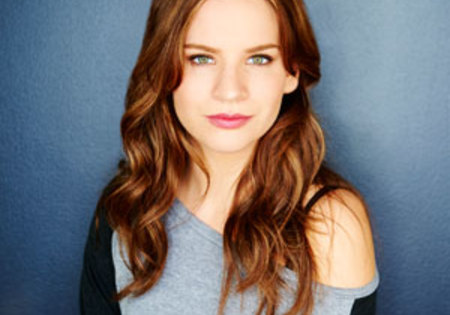 Brooke Palsson Facts:
*She was born on April 23, 1993 in Winnipeg, Canada.
*Her debut EP was titled The Willow.
*In 2011, she received a Canadian Comedy Award for her work on Less Than Kind.
*Visit her official website: www.brookepalsson.com
*Follow her on Twitter, Facebook and Instagram.