Ankush Arora is an Indian actor and singer. He is best known for his role as Kartik in Zee TV’s show Yeh Vaada Raha. He was also seen in an episode of Bindass’s Yeh Hai Aashiqui, and appeared in Gustakh Dil as Rishi. He has also appeared with various A listed bollywood stars in Television commercial. Born on June 24, 1992 in Delhi, India, he currently resides in Mumbai, India. 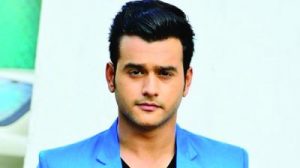 Ankush Arora Facts:
*He was born on June 24, 1992 in Delhi, India.
*He played the lead role of Kartik in Zee TV’s show Yeh Vaada Raha.
*He won an award from Zee Rishtey Awards.
*He started his own youtube channel In march 2018.
*Follow him on Instagram.