Actress Ann Dowd is known for her supporting roles in such films as Philadelphia, Garden State, The Manchurian Candidate, Green Card, Lorenzo’s Oil, Captain Fantastic, Marley & Me, Side Effects and, St. Vincent. She received an Independent Spirit Award nomination for her role in the 2012 film Compliance. She was born on January 30, 1956 in Holyoke, Massachusetts, the daughter of Dolores and John Dowd. She has six siblings: Kathleen, Deborah, Elizabeth, Clare, John and Gregory Dowd. She is married to Lawrence Arancio with whom she has three children: Liam, Emily and Trust Arancio. 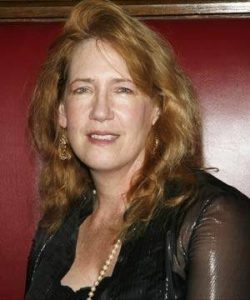 Ann Dowd Facts:
*She and her six siblings were raised by her single mother after her father died.
*Her husband, Lawrence Arancio has worked with Lady Gaga as her acting coach.
*She has made guest appearances on all four of the Law & Order franchises.
*Currently, she resides in New York City.