Anna-Katharina Samsel is a German former figure skater and actress, best known for her role as Katja Bergmann in the RTL soap opera Alles was zählt, for which she won the German Soap Award in the category “Best Actress Daily Soap” in 2011. She also appeared in Schutzengel (2012) and Kokowääh 2 (2013). Born on April 12, 1985 in Hannover, Lower Saxony, Germany, she grew up in Wolfsburg. Samsel started playing figure skating as a child and became the German artistic roller skating champion in 1991. She won the World Championships in 1999, 2000 and 2002. She graduated from the Albert Schweitzer High School in Wolfsburg, and completed her acting training at the Filmacting School in Cologne. She made her film debut in 2008 in Die Tränen meiner Mutter. She was in a relationship with soccer player Hans Sarpei for six years until June 2010. 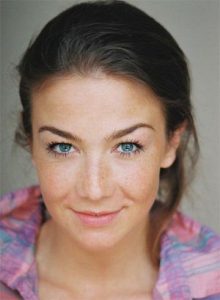 Anna-Katharina Samsel Facts:
*She was born on April 12, 1985 in Hannover, Lower Saxony, Germany.
*She was raised in Wolfsburg, Germany.
*She was a three-time North German figure skating champion.
*In 2008, Samsel was featured in the music video of Coldplay’s single “Lost!”.
*She made her film debut in Die Tränen meiner Mutter (2008).
*Currently, she resides in Cologne.
*Visit her official website: www.annakatharinasamsel.com
*Follow her on Twitter, Facebook and Instagram.