Anne-Marie is a British singer and songwriter. She has been appeared on several hits, including Clean Bandit’s “Rockabye”, “Alarm”, “Friends” and “Ciao Adios”. On July 10, 2015, she released her debut EP, Karate, which yielded the singles “Karate” and “Gemini”. She released her debut studio album, Speak Your Mind, on 27 April 2018. Born Anne-Marie Rose Nicholson on April 7, 1991 in East Tilbury, United Kingdom, her father, Wayne Nicholson, was born in Ireland, while her mother, Susan J., is from Essex. She has been very close to her mother since her childhood. She was educated at Palmer’s College in Thurrock. 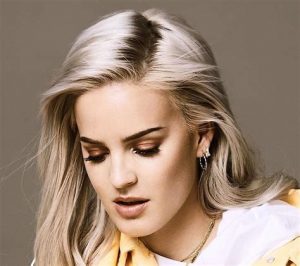