Nolan Gross is an American actor who played the role of Young Ham in the Darren Aronofsky film “Noah”. He also appeared in the films Any Day, Drink, All Summers End, and Don’t Worry, He Won’t Get Far on Foot. Gross has appeared as a guest-star in several television shows such as American Horror Story, The New Normal, and CSI. Born on February 28, 2003 in Southern California, California, Gross moved to Pasadena, California with his family. At 7, Nolan began appearing in commercials and landed his first major role as a guest star on The New Normal. Nolan plays soccer competitively and follows international soccer, rooting for Barcelona and Bayern Munchen. 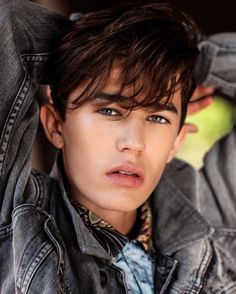 Nolan Gross Facts:
*He was born on February 28, 2003 in Southern California, California, USA.
*He began appearing in commercials at the age of seven.
*He began training with Marjorie Ballentine in Los Angeles.
*His favorite places are Australia, Barcelona and Iceland.
*He is acquainted with Logan Lerman.
*Visit his official website: www.nolangross.com
*Follow him on Twitter, Facebook and Instagram.