Arielle Kebbel is an American model and actress born in Winter Park, Florida. She is best known by the public for her television roles on Life Unexpected, UnREAL, Gilmore Girls, The Vampire Diaries, True Blood and Ballers. She has also starred in such films as The Grudge 2, Vampires Suck, The Brooklyn Brothers Beat the Best, John Tucker Must Die, The Uninvited and Think Like A Man. She worked as a full time model before she took up acting. Born on February 19, 1985 in Winter Park, Florida, to Sheri Kebbel, Arielle Caroline Kebbel is of German descent on her father’s side, and of German and English descent on her mother’s side. She is a graduate of the Crenshaw School. 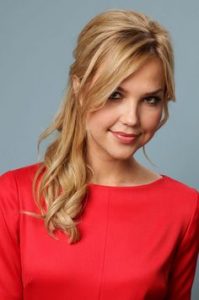 Arielle Kebbel Facts:
*Her mother Sherri used to work at a talent and production agency.
*She was a contestant at Miss Florida Teen USA 2002 beauty pageant contest.
*Before becoming an actress, she worked as a model and posed for many magazines like FHM, H, Lucky, Maxim, Men’s Health, and Stuff.
*She was named the 54th sexiest woman in the world in 2008 by FHM.
*She ranked #95 in 2005 and #48 in 2009 in the Maxim magazine Hot 100 list.
*Follow her on Twitter, Facebook and Instagram.