Arisa Komiya is a Japanese actress and voice actress who is currently affiliated with Box Corporation. She is best known for her roles as Yoko Usami/Yellow Buster in the 2012 Super Sentai series Tokumei Sentai Go-Busters and Dia Kurosawa in the multimedia project Love Live! Sunshine!!. Arisa’s other notable works include Shiromajo Gakuen, Ultraman Ginga S The Movie, Evergreen Love, Robotics;Notes, Kamen Rider × Super Sentai: Super Hero Taisen, and Uchu Sentai Kyuranger. Born on February 5, 1994 in Shimotsuke, Tochigi, Japan, she has one younger brother. Arisa was discovered by Box Corporation when she was walking around Shibuya during her second year at junior high school. She made her debut as an actress in 2010. She had her breakthrough in 2012 while portraying Yoko Usami in Tokumei Sentai Go-Busters. 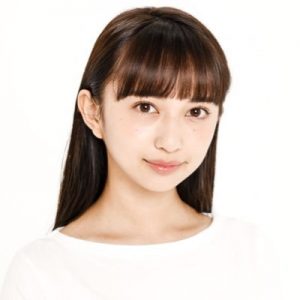 Arisa Komiya Facts:
*She was born in Shimotsuke, Tochigi, Japan on February 5, 1994.
*She is affiliated with Box Corporation.
*Her first main role was in 2012 as Yoko Usami in Tokumei Sentai Go-Busters.
*Her hobbies include dancing, collecting and reading Shinsengumi related manga.
*Her favorite Shinsengumi member is Hijikata Toshizo.
*Visit her official website: www.komiya-arisa.net
*Follow her on Twitter, Facebook and Instagram.