Ashleigh Brewer is an Australian actress who played Kate Ramsay in the Australian soap opera Neighbours from 2009 to 2014. She starred as Ivy Forrester on the CBS daytime soap opera The Bold and the Beautiful from 2014 to 2018. She was nominated for the Most Popular New Female Talent Logie Award in 2010. Born Ashleigh May Brewer on December 9, 1990, in Brisbane, Queensland, Australia, to parents Tanya and Steven, she has one younger brother named Tyler. She graduated in 2008 from Forest Lake College. Ashleigh began her acting career in 2003 at the age of 12 appearing in the children’s show The Sleepover Club. 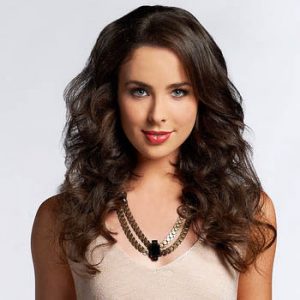 Ashleigh Brewer Facts:
*She was born in Brisbane, Queensland, Australia on December 9, 1990.
*She was a member of the senior dance team while in school.
*She cites Margot Robbie as big inspiration.
*Follow her on Twitter and Instagram.