Audrina Patridge is an American television personality, television presenter, actress, and model who came to prominence after being cast in the MTV reality television series The Hills. She received further recognition for her VH1 reality series, Audrina, and was a contestant on the eleventh season of ABC’s Dancing with the Stars, where she finished in seventh place. Patridge hosted NBC’s late-night travel show 1st Look in 2014 and 2015. Her movie credits include Into the Blue 2: The Reef, Sorority Row, and Honey 2. Born Audrina Cathleen Patridge on May 9, 1985 in Los Angeles, California, to parents Lynn and Mark W. Patridge, she was raised in Yorba Linda, California. She has two younger sisters, Casey and Samantha, and one younger brother, Mark. She graduated from El Dorado High School in Placentia, California. She married her longtime boyfriend and BMX rider Corey Bohan in November 2016, and the couple had a daughter named Kirra in 2016 before getting separated in 2017. In 2019, Patridge started dating Matt Chase. 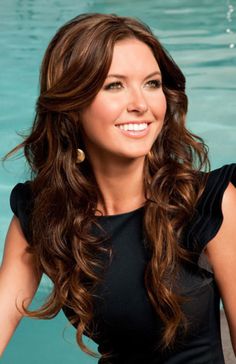 Audrina Patridge Facts:
*She was born on May 9, 1985 in Los Angeles, California, USA.
*She is the eldest child of Lynn and Mark Patridge.
*She belongs to English, Belgian, Italian, Polish and German descent.
*Best known for being among the four original members of the MTV reality show The Hills.
*She used to work as a receptionist for Quixote Studios before appearing on reality TV.
*She competed on the eleventh season of the American version of Dancing with the Stars, and finished in 7th place.
*She is allergic to cats.
*She was ranked #12 on Maxim magazine Hot 100 Women of 2010 list.
*Visit her official website: www.audrinapatridge.com
*Follow her on Twitter, Facebook and Instagram.