Baby K is an Italian singer and rapper best known for her hit singles ‘Killer’ and ‘Roma-Bangkok,’ Her solo debut album, Una Seria, was released in May 2013, which reached at #8 on the Italian album chart. She was born Claudia Nahum in Downtown Core, Singapore and spent a large part of her teenage years in London, and moved to Rome at the age of 17. She studied at Harrow School of Young Musicians. 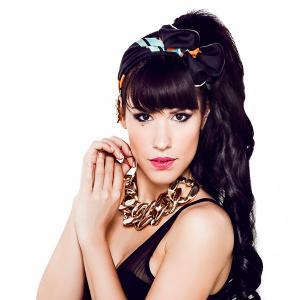 Baby K Facts:
*She was born in Singapore in 1983 and grew up in London.
*Her father is a geophysicist.
*Her hit single ‘Roma-Bangkok’ became the best-selling single of 2015 in Italy.
*She was named Best New Artist at the 2013 Pepsi MTV Awards.
*Visit her official website: www.babyk.it
*Currently, she resides in Rome, Italy.
*Follow her on Twitter, Facebook and Instagram.