Barry Pepper is a Canadian actor, best known by the public for his role as Private Daniel Jackson in Saving Private Ryan. He is also known for his performances as Sergeant Michael Strank in Flags of Our Fathers, Jonnie Goodboy Tyler in Battlefield Earth, Roger Maris in 61*, Corrections Officer Dean Stanton in The Green Mile, and “Lucky” Ned Pepper in True Grit. Born Barry Robert Pepper in Campbell River, British Columbia, on April 4, 1970, he spent five years of his childhood sailing around the Pacific Ocean with his family. He is a 1988 graduate of Georges P. Vanier Secondary School. He has been married to Cindy Pepper since 1997. Together they have one daughter, Annaliese Pepper. 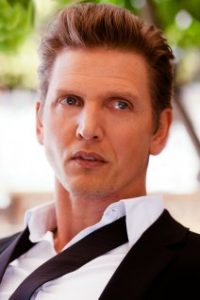