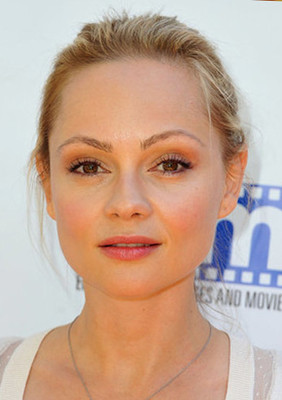 Beatrice Rosen is a French-American actress. She is best known for her role as Tamara Jikan, Yuri’s girlfriend in the 2009 American science fiction apocalyptic disaster film 2012. She played a role in the final season of the WB series Charmed as innocent Maya Holmes as Piper Halliwell’s first new identity. She appeared in the fourth season of the WB series Smallville as Dawn Stiles, a girl who wanted desperately to be prom queen. She also portrayed Gabrielle la Claire, daughter of the French ambassador in the 2004 film Chasing Liberty, and Natascha, the prima ballerina and Bruce Wayne date, in Christopher Nolan’s The Dark Knight. She appeared in Sharpe’s Peril of the Sharpe series in 2008. Rosen was a series regular on the comedy series Cuts in 2005–06 and, in 2015, on the Fox drama Backstrom as Nadia Paquet.

Beatrice Rosen Facts:
*She was born on November 29, 1984 in New York, New York, United States.
*She grew up in Paris where she started acting.
*She had worked in UK films in 2008.
*She was Lancel’s brand ambassador in 2010 and 2011.
*She is the godmother to www.fondationclaudepompidou.fr.
*Follow her on Twitter and Instagram.