Beau Mirchoff is an American-Canadian actor, best known for his starring role in the MTV series Awkward. He portrayed Danny Bolen on the sixth season of ABC’s Desperate Housewives. He also played Andy in The Grudge 3 and had a recurring role in the CBC series Heartland. Born William Beau Mirchoff on January 13, 1989, in Seattle, Washington, to parents Kelley and Bill Mirchoff, he has an older brother Luke, who plays semi-pro lacrosse and a younger sister Raeanna. He completed his schooling from Mount Douglas Secondary School in British Columbia, Canada. In 2011, he began dating dancer and actress Jeanine Mason. He was previously in a relationship with his Awkward co-star Ashley Rickards. 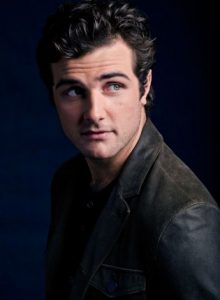 Beau Mirchoff Facts:
*He was born on January 13, 1989, in Seattle, Washington.
*He is a dual American/Canadian citizen.
*He began training as an actor at the age of 13 in Vancouver, British Columbia.
*He is a fan of the Seattle Seahawks.
*He had his first kiss at the age of ten
*His celebrity crush is Paula Deen.
*He is good friends with his “Awkward” costars.
*Follow him on Twitter, Facebook and Instagram.