Ben Stiller is an Emmy Award-winning actor, comedian and filmmaker who has starred in such films as Heavyweights, There’s Something About Mary, Zoolander, Meet the Parents, Tropic Thunder, and Starsky & Hutch. For his own show The Ben Stiller Show, he won an Emmy Award. He made his acting debut with a small role on his mother’s show, Kate McShane at age ten. He was born Benjamin Edward Meara Stiller on November 30, 1965 in New York City, to comedic actors Jerry Stiller and Anne Meara. He is the younger brother of Amy Stiller. He has a son, Quinlin and a daughter, Ella. 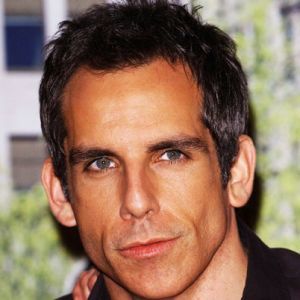 Ben Stiller Facts:
*He is the son of legendary comedians Jerry Stiller and Anne Meara.
*He is a big fan of Star Trek (1966).
*He recevied an MTV Movie Award for Best Villain in Dodgeball: A True Underdog Story.
*He is good friends with Janeane Garofalo, Hank Azaria, Owen Wilson and Tom Cruise.
*Follow him on Twitter, Facebook and Instagram.