Model, actress and singer Barbi Benton is known for her appearance in the magazine Playboy. She is also known for her appearance on the comedy series Hee Haw. As a singer, she recorded several modestly successful albums in the 1970s. Barbi was born Barbara Lynn Klein on January 28, 1950 in New York City, New York, USA into a Jewish family. Since October 14, 1979, she has been married to George Gradow, with whom she has two children. 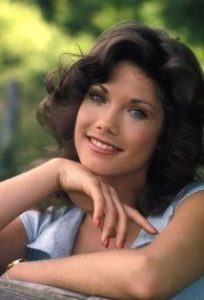 Barbi Benton Facts:
*Her father was a military doctor and later physician.
*She moved to California with her parents when she was two years old.
*She dated Hugh Hefner from 1969 to 1976.
*She was on the ABC TV series Sugar Time!.