Beth Behrs is an American actress and writer. She is best known for starring as Caroline Channing in the CBS sitcom 2 Broke Girls from 2011 to 2017. She provided the voice of Carrie Williams in the animated film Monsters University and Moochie in the television series Home: Adventures with Tip & Oh. In 2018, she began starring as Gemma Johnson in the CBS sitcom The Neighborhood. Born Elizabeth Ann Behrs on December 26, 1985 in Lancaster, Pennsylvania, Maureen and David Behrs, she has one younger sister named Emily. Growing up, Behrs played soccer player and traveled all over the East Coast in tournaments for nine years. She was educated at E.C. Glass High School and Tamalpais High School, and studied acting at the UCLA School of Theater, Film and Television. She made her screen debut in the 2009 comedy film American Pie Presents: The Book of Love. On July 21, 2018, she married her longtime boyfriend actor Michael Gladis following a two-year long engagement. 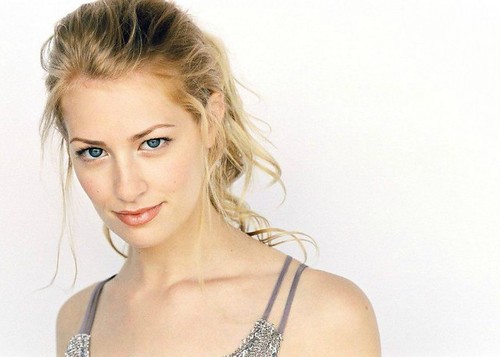 Beth Behrs Facts:
*She was born on December 26, 1985 in Lancaster, Pennsylvania, USA.
*She is also a classically trained singer.
*She began acting in local theaters at the age of four.
*In 2004, she moved to California to pursue a carer in acting.
*She is a graduate of the UCLA School of Film and Television.
*She is best friends with Kat Dennings.
*She hosted the People’s Choice Awards 2014.
*She co-creates the young-adult webcomic Dents with childhood friend Matt Doyle since 2016.
*She released the book ‘The Total Me-Tox: How to Ditch Your Diet, Move Your Body & Love Your Life’ in May 2017.
*She has dog, a Yorkie named Betty.
*Follow her on Twitter, Facebook and Instagram.