Big Pun was an American rapper and actor who rose to fame during the latter half of the decade for his work with Fat Joe and the Terror Squad. His first solo album, Capital Punishment (1998), peaked the #5 position on the Billboard 200 charts and went to No. 1 on the R&B/hip-hop charts, becoming the first Latino rapper to go platinum. His second album was released two months after his death. Born Christopher Lee Rios on November 10, 1971, Bronx, New York, to parents of Puerto Rican descent, Big Pun left home at the age of 15 because of his difficult family life and was homeless for a period of time in the late 1980s. He was married to Liza Rios and had three children. He died on February 7, 2000 in White Plains, New York from a massive heart attack. 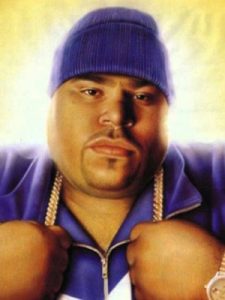 Big Pun Education:
He dropped out of Stevenson High School at the age of 15.

Big Pun Facts:
*He was born on November 10, 1971, Bronx, New York, USA.
*He was of Puerto Rican descent.
*He grew up in the South Bronx neighborhood of the New York City, New York, USA.
*Growing up, he was a star athlete.
*He is considered one of the greatest MCs of all time.
*His debut single “I’m Not a Player” (1997) peaked at 57 of the Billboard 100.
*released his debut studio album, Capital Punishment, on April 28, 1998.
*He was a member of Terror Squad alongside Fat Joe, Armageddon, Cuban Link, Prospect, and Triple Seis.
*He was best friends with Fat Joe.
*He died on February 7, 2000 in White Plains, New York.
*He weighed 698 pounds at the time of his death.
*He had a net worth of $5 million dollars.
*The celebrities that either attended Big Pun’s funeral or sent flowers included Whitney Houston, Eminem, Cypress Hill, Sean ‘Diddy’ Combs, Lil’ Kim, LL Cool J, Mack 10, The Lox, Wyclef Jean, and ‘Bone Thugs ‘N Harmony’.
*He was ranked #25 in the “50 Greatest MCs of All Time” list by About.com and MTV2 ranked him #11 on its “22 Greatest MCs” list.