Bill Burr is an American stand-up comedian, actor and podcaster, best known for his portrayal of Patrick Kuby in the crime drama series Breaking Bad. Bill is also known for creating and starring in the Netflix animated comedy-drama television series F Is for Family. He has also done voice work in Grand Theft Auto IV and Grand Theft Auto: The Lost and Damned. He was a regular on Chappelle’s Show during its brief run. Born William Frederic Burr on June 10, 1968 in Canton, Massachusetts, USA, to parents Linda Wigent and Robert Edmund Burr, he belongs to Irish, French and German descent. He was educated at Canton High School and Emerson College in Boston, Massachusetts. He used to work as a dental assistant for a short period of time before beginning a career in comedy in Boston. He has been married to Nia Renee Hill since October 2013. Together they have one daughter, Lola Burr. 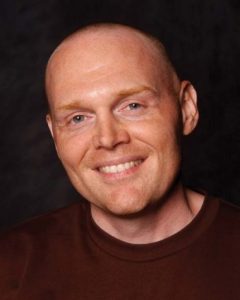 Bill Burr Facts:
*He was born on June 10, 1968 in Canton, Massachusetts, USA.
*His mother is a nurse and his father is a dentist.
*He used to work in a warehouse before becoming a comedian.
*Co-founder of the All Things Comedy network.
*He is a supporter of the New England Patriots.
*He is a licensed helicopter pilot.
*Visit his official website: www.billburr.com
*Follow him on Twitter, YouTube, Myspace, Facebook and Instagram.