Billy Bob Thornton is an American actor, filmmaker, singer, songwriter, and musician who has starred in such films as ‘Monster’s Ball,’ ‘Our Brand Is Crisis,’ ‘Friday Night Lights,’ ‘The Man Who Wasn’t There,’ ‘Monster’s Ball,’ ‘Bad Santa,’ ‘A Simple Plan,’ ‘Bandits,’ and ‘Sling Blade,’ for which he earned a Golden Globe Award for Best Actor and an Academy Award for Best Adapted Screenplay. He was born on August 4, 1955, as William Robert Thornton in Hot Springs, Arkansas. He is the son of Virginia Roberta, a psychic, and William Raymond Thornton, an educator, high school history teacher, and basketball coach. He has English, Irish and Scottish ancestry. He has two sons, William and Harry, and two daughters, Bella and Amanda. 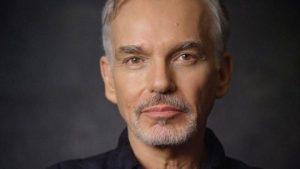 Music group: The Boxmasters (Since 2007)

Billy Bob Thornton Facts:
*He belongs to English, Irish and Scottish descent.
*He directed, wrote and starred in the film Sling Blade.
*He has numerous tattoos, among them at least six on his arms (three right, three left) and on his lower back.
*He quit smoking after completing The Man Who Wasn’t There (2001).
*He owns a penthouse in Paris.
*He is a big supporter of English football club Liverpool FC.