Booboo Stewart is an American actor, singer, dancer and visual artist. He is best known for his portrayals of Seth Clearwater in The Twilight Saga, Warpath in X-Men: Days of Future Past, Jay in the Disney television film franchise Descendants and Willie in Julie and the Phantoms. 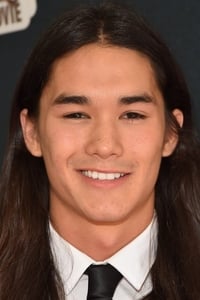 Born Nils Allen Stewart Jr. on January 21, 1994 in Beverly Hills, California, to parents Renee and Nils Allen Stewart, he is of Blackfoot, Russian, and Scottish descent on his father’s side, and of Chinese, Japanese, and Korean descent on his mother’s side. He is the younger brother of Maegan Stewart and older brother of Fivel Stewart and Sage Stewart.

Booboo Stewart Facts:
*He was born on January 21, 1994 in Beverly Hills, California, USA.
*At the age of ten, Stewart began his acting career, appearing on ER and Steve Harvey’s Big Time Challenge.
*His younger sister, Fivel, is also an actress
*He was a member of the musical group T-Squad from 2006 to 2008.
*He worked as a stuntman for the 2007 film Beowulf.
*He was inducted into the Martial Arts Junior Hall of Fame in 2004.
*He played the role of Warpath in the 2014 film X-Men: Days of Future Past.
*He enjoys cooking over fire.
*Visit his official website: www.booboostewart.com
*Follow him on Twitter and Instagram.