Bre Scullark is an American fashion model and actress who first came to fame as a contestant on Cycle 5 of America’s Next Top Model, where she finished third place. Following ANTM, Bre did correspondent work for the Tyra Banks Show, BET and a few other outlets. She has been featured on the cover of a number of publications including Vibe Magazine, Essence Magazine, Elle Girl, and Hype Hair Magazine, and has booked campaigns for Garnier Fructis, Ambi Skincare, Old Navy and Dove Chocolate. She’s signed to Ford Models in New York City, Chicago, Miami and Los Angeles. Born Brittney Scullark on April 26, 1985 in Harlem, New York, she spent her youth in Harlem and Spring Valley, New York. She began swimming competitively when she nine years old, winning many medals. She attended Catholic school throughout elementary and middle school, and attended Jacqueline Kennedy Onassis High School for International Careers (Times Square vicinity). 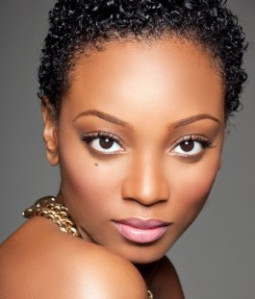 Bre Scullark Facts:
*She was born on April 26, 1985 in Harlem, New York, USA.
*Placed 3rd on Cycle 5 of America’s Next Top Model.
*Placed 10th on the All Stars Cycle of America’s Next Top Model in 2011.
*She modeled for Doucette Duvall for New York Fashion Week Fall/Winter 2008.
*She was featured in the music video Change Me by R&B singer Ruben Studdard.
*She became a spokesperson for Drop Dead Gorgeous, a non-profit organization which works against child s*x-trafficking.
*Bre was arrested in New York in September 2009 for disorderly conduct.
*In late 2010, Bre was appeared in a Garnier HerbaShine Commercial.
*Visit her official website: www.brescullark.com
*Follow her on Twitter, Facebook and Instagram.