Brennan Elliott is a Canadian actor. He is best known for his portrayal of Dr. Nick Biancavilla in the Lifetime medical drama series, Strong Medicine. He is also known for his recurring roles on The 4400, Cedar Cove and UnREAL. Born on March 24, 1975 in Calgary, Alberta, Canada, he attended at the prestigious Actors Studio at the Juilliard School in New York City. He made his screen debut in the music video for Tom Cochrane’s 1991 song Life is a Highway. In 2011, he married Cami Elliottouple. They have two children. 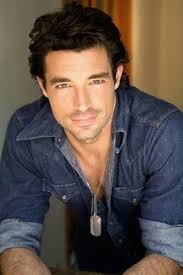 Brennan Elliott Facts:
*He was born on March 24, 1975 in Calgary, Alberta, Canada.
*His father’s family originated in Northern Ireland.
*In 2014, he appeared in the film Night at the Museum: Secret of the Tomb alongside Owen Wilson and Ben Stiller.
*Since 2011, he has been married to Cami Elliottouple, with whom he has two children.
*Follow him on Twitter.