Australian actor Brenton Thwaites is best known for his recurring role as Stu Henderson in the Australian soap opera Home and Away, and as Luke Gallagher in the Fox8 teen drama series Slide. He played Bek in the 2016 fantasy movie, Gods of Egypt. He has also starred in the films Blue Lagoon: The Awakening, Oculus, The Giver, and Pirates of the Caribbean: Dead Men Tell No Tales. He made his film debut in 2010 as Sam in Charge Over You. Brenton was born on August 10, 1989 in Cairns, Queensland, Australia to Fiona Middleton and Peter Thwaites. He has one sister, Stacey. After graduating from Cairns State High School, he studied acting at the Queensland University of Technology for three years. In 2015, he began dating Chloe Pacey, with whom he has a daughter, Birdie Thwaites born in 2016. 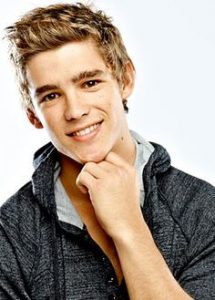 Brenton Thwaites Facts:
*He debuted as sam in the 2010 film, Charge Over You.
*While growing up, he wanted to become a policeman or a firefighter.
*Follow him on Twitter and Instagram.