Bridget Fonda is a retired American actress born in Los Angeles, California. She is known for her starring role as Allison Jones in the 1992 psychological erotic thriller film Single White Female and as Maggie/Claudia/Nina in the 1993 action film Point of No Return. Her other notable films include The Godfather Part III, Monkeybone, Kiss of the Dragon, It Could Happen to You, and Jackie Brown. Her first role was in the 1969 film Easy Rider at age five. She was born Bridget Jane Fonda on January 27, 1964, in Los Angeles, California, to actors Susan Brewer and Peter Fonda. She has one younger brother, Justin. She earned her BFA in drama from New York University’s Tisch School of the Arts in 1986. She has been married to Danny Elfman since November 2003. They have a son together. 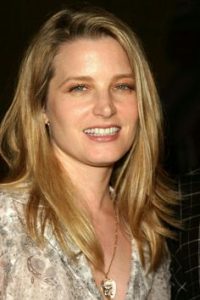