Brody Jenner is an American reality TV star, socialite and model best known for appearing on Keeping Up With The Kardashians. He appeared on all six seasons of MTV’s The Hills (2007-2010) and E!’s Keeping Up with the Kardashians. He starred in the reality show The Princes of Malibu. Jenner was born on August 21, 1983 as Sam Brody Jenner in Los Angeles, California USA. He is the son of actress Linda Thompson and Olympic decathlon winner Caitlyn Jenner. He belongs to English, German, Scottish, Welsh, Irish, and Dutch descent. He got engaged to American blogger Kaitlynn Carter in May of 2016. 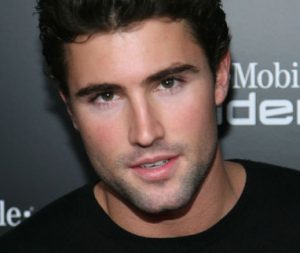 Brody Jenner Facts:
*He was raised by his mother Linda Thompson.
*He cannot live without his car, truthful friends, and his mom.
*He is close friend of Lauren Conrad.
*Follow him on Twitter, Facebook and Instagram.