German-born American actor and singer who began his career in television in the 1980s, most notably as David Addison on TV in ‘Moonlighting’. He is best known for his roles in the hit films Die Hard, and the 1999 suspense film The Sixth Sense. His other notable film credits include Pulp Fiction and Sin City. Bruce Willis was born to German mother Marlene and American father David Willis, on March 19, 1955, in Idar-Oberstein, West Germany as Walter Bruce Willis. He was raised in New Jersey, and has three younger siblings: Florence, David and Robert. He has been married to English model and actress Emma Heming since 2009. He was previously married to actress Demi Moore from 1987 to 2000. He has five daughters, Rumer, Tallulah, Scout, Mabel and Evelyn. 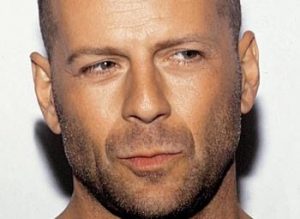 Bruce Willis Facts:
*He was born in Idar-Oberstein, West Germany and was raised in New Jersey.
*He was named #3 in Star TV’s Top 10 Box Office Stars of the 1990s.
*He worked in a chemical factory before going to college.
*He plays the harmonica.
*He is left handed.
*He is a big supporter of NFL team New York Jets.
*Robert De Niro, Gary Cooper, Steve McQueen and John Wayne are his acting idols.