Irish actress and model Caitriona Balfe was born on October 4, 1979 in Monaghan, Ireland, the daughter of a Monaghan garda sergeant. She grew up in the village of Tydavnet, in County Monaghan. She is best known for her role as Claire Beauchamp in the Starz series Outlander. She started modeling at the age of 19 after she was scouted by an agent while she was collecting money for charity at a local mall. She has also graced the covers of magazines such as Vogue and Elle. She played a small role in the American science fiction film Super 8. Balfe has a perfect body which measures breast 34, waist 25 and hip 35. She has a height of 5 feet and 9¾ inches which is around 177 cm. 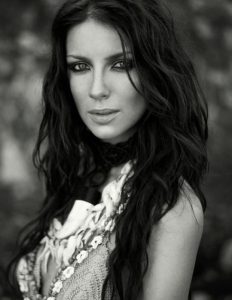 Caitriona Balfe Facts:
*She grew up in Monaghan, Ireland.
*She started modeling at the age of 19.
*In addition to English, she is a Gaeilgeoir and is conversational in French.
*She is a patron of the organisation World Child Cancer.
*Follow her on Twitter and Instagram.