Calvin Harris is a British DJ, singer, songwriter, record producer, recording artist and remixer. Calvin released his debut album, I Created Disco, in June 2007, which included the singles “Acceptable in the ’80s” and “The Girls,” followed by his second album, Ready for the Weekend in 2009, included the hit single “I’m Not Alone”. This album debuted at number one on the UK Albums Chart and was later certified gold by the British Phonographic Industry within two months of its release. Calvin was born Adam Richard Wiles on January 17, 1984 in Dumfries, Scotland. He is the son of Pamela Wiles and David Wiles, and younger brother to Sophie and Edward. He was in a relationship with British singer Rita Ora from April 2013 to June 2014, and with American singer Taylor Swift from March 2015 to June 2016. 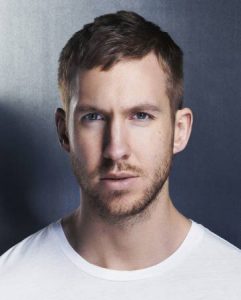 Calvin Harris Facts:
*While growing up, he started producing electronic music.
*He earned an MTV Video Music Award for his 2012 collaboration with Rihanna, “We Found Love.”
*He has worked with Kylie Minogue and Kesha.
*He holds the record for the most UK top 10 hits from a studio album with eight top 10 hits.
*He had the desire of becoming a professional football player.
*Visit his official website: www.calvinharris.com
*Follow him on Twitter, Facebook, YouTube, Myspace and Instagram.