Cam Reddish is an American professional basketball player for the Atlanta Hawks of the National Basketball Association. He played college basketball for the Duke Blue Devils. He was selected 10th overall by the Atlanta Hawks in the first round of the 2019 NBA draft on June 20, 2019. 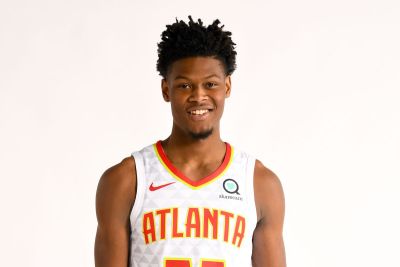 Born Cameron Elijah Reddish on September 1, 1999 in Norristown, Pennsylvania, to parents Zanthia and Robert Reddish, he has a brother named Aaron. Reddish played high school basketball for Westtown School, and was rated as a five-star recruit and considered one of the top players in his class, earning Mr. Pennsylvania Basketball in his senior year, in addition to being named to the 2018 McDonald’s All-American Boys Game, 2018 Jordan Brand Classic and 2018 Nike Hoop Summit.

Cam Reddish Facts:
*He was born on September 1, 1999 in Norristown, Pennsylvania, USA.
*He played high school basketball for Westtown School.
*He was selected 10th overall in the 2019 NBA Draft by the Atlanta Hawks.
*He made his NBA debut on October 24, 2019, started in a 117–100 win over the Detroit Pistons with one point, seven rebounds, an assist and a steal.
*Follow him on Twitter and Instagram.