Sam Clark is an Australian actor, singer and songwriter. He is best known for his portrayal of Ringo Brown on the Australian soap opera Neighbours, and for his role as Leo on the Fox/Paramount live musical television special Grease: Live. He made his musical debut in 2009 with the single “Broken”, which peaked at #1 on the Australian Physical Singles Chart. His third single “Devastated” also peaked at #1 on the same chart. Clark released his debut studio album, Take Me Home in August 2010. In 2012, Clark appeared in P. J. Hogan’s Mental, alongside Anthony LaPaglia and Toni Collette. 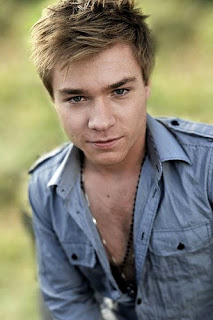 Born Samuel James Clark on October 18, 1987 in Adelaide, Australia, he was educated at St Peter’s College, and was a keen participant in several high school theatre productions, including a main role in West Side Story.

Sam Clark Facts:
*He was born on October 18, 1987 in Adelaide, Australia.
*He formed a group called, Solid White Line with members, James Brown and Jake Long. (2006)
*He won a nation-wide talent search for the TV show Neighbours.
*He made his U.S. television debut in 2016 as Leo “Craterface” Balmudo in the Fox/Paramount live musical television special Grease: Live, alongside Julianne Hough, Vanessa Hudgens and Aaron Tveit under the direction of Tommy Kail (Hamilton).
*Visit his official website: www.samclarkofficial.com
*Follow him on Twitter, YouTube, Facebook and Instagram.